Zoom dialogue groups coming soon to Kinfonet! Help us plan this feature by taking this five-minute survey. Thank you!

To Be Human - Examining the Core of the Teachings

The title for this series is taken from the book To Be Human, which consists of a selection of texts expanding on ’The Core of the Teachings’, a statement K wrote in 1980 in an attempt to summarise his teachings. In these six sections we will be covering the key themes of this unique statement in an attempt to clarify the nature of truth and K’s approach to it.

This was Krishnamurti’s radical declaration when in 1929 he dissolved the Order of the Star in Ommen, The Netherlands. This view of truth was for K so fundamental that he restated it as the first pillar of his teachings some fifty years later. This statement raises many questions concerning the nature of the truth that K was concerned with. For one, he denied any path or method to reach it. Was it therefore unattainable? We will begin our exploration by questioning the significance and truth of this statement.

One of K’s fundamental insights is that humanity has built images as means of protection in all kinds of fields and that these images dominate our consciousness. As such images, both of ourselves and others, they limit our scope of perception and fragment relationship, as they are based on the past. Is this so? Are we aware that we live in a world of images, that our lives are shaped and conditioned by abstractions?


September 11: The common consciousness of mankind

The perception that mankind shares a common consciousness was for K one fundamental aspect in dissolving the factors of division and conflict that have plagued mankind since time immemorial. While one of its consequences is that we are then aware of out total responsibility for the whole of humanity, another is that we are not individuals, which undermines one of our most cherished values of our civilisation. We will challenge ourselves to see how deeply we perceive the actuality of such a statement and its deeper implications.

In the speech dissolving the Order of the Star, K declared that his purpose was to set man absolutely and unconditionally free. Freedom stands at the very centre of his compassionate concern with the transformation and regeneration of humanity. Within the context of the teachings such freedom involves the deeper factors of psychological conditioning and requires self-knowledge. For K such freedom was the needful foundation of wholeness and integrity. To what extent do we appreciate the nature and value of such freedom?

Anyone somewhat familiar with the teachings would be aware of how central these two elements are. They speak to the very essence of the intrinsically limited nature of consciousness as based on the known. While they have their rightful place in the field of knowledge and action, they play a destructive role within the psychological field of identity and becoming. For K the understanding of these two elements as related to the notion of self is the key factor of freedom and wholeness. So we will be taking a good look at the psyche from the perspective of these two key aspects, with the implicit challenge to see into their true nature for ourselves and as they play out in our lives.


December 11:  The way of negation

K’s approach to the deeper issues in our lives was by the via negativa. He considered that the truth could not be postulated and then sought after. For him that amounted to pursuing an idea, a projection from the known, whereas truth is the creative unknown. What he concerned himself with, therefore, was with freeing the mind, which is the instrument of perception, from its illusory content so that as the false fell away, the true would become self-evident. As K might put it: deny the false and the true is, which turned such negation into the most positive. Do we see the intelligence of this approach? Is it really positive or is it negativity? Let’s find out! 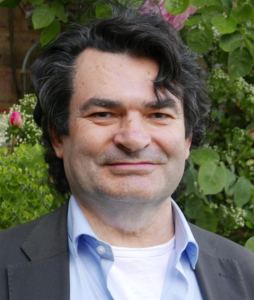 Javier was a teacher at Brockwood Park, a school founded by Krishnamurti in England. He later facilitated a Bohmian dialogue group and published several booklets on dialogue. Recently he has been developing and facilitating a course offering a comprehensive introduction to Krishnamurti’s life and teachings.

Javier was one of the main editors of The Link, the magazine published by Krishnamurti Link International (KLI) as an international forum for the study of the teachings. Javier continues to be associated with KLI and keeps to its agenda of international meetings and responsibilities.


These six 90 minute sessions form an integrated whole and attending them in their entirety is highly recommended. They can however also be attended individually.

A one-time only registration for this series is required to receive your Zoom invitations.